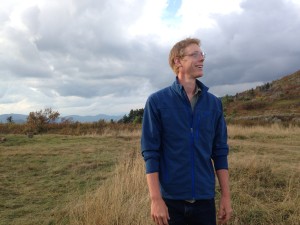 Ean was born and raised less than 20 miles from the farm’s current location at the Perennial Field in Otsego County’s idyllic Susquehanna Valley. After graduating from a small Liberal Arts college in 2012, he relocated to North Carolina where he worked on an organic produce and small livestock farm. It was there that he learned many of the growing practices Chicory Creek Farm uses today. In 2015 he and Kate grew an acre of produce while managing Balsam Garden’s livestock. They then moved to New York to begin looking for farmland to call their own. In May of 2016 they settled into what is now Chicory Creek Farm. 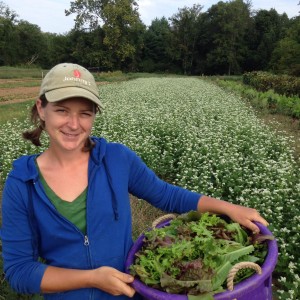 Kate spent most of her life in the Southeast until moving up to New York with Ean in the winter of 2015-6. She was raised on the coast of South Carolina, went to college in Tennessee, got her Masters degree in Botany at Clemson, and worked at Ivy Creek Family Farm in North Carolina. After managing livestock and crops on leased land for a year in NC,  Ean and Kate bought farmland of their own. Chicory Creek Farm was once a dairy that fell into disrepair that is slowly becoming a diverse, vibrant piece of land with annual crops, small livestock, perennial fruits, and wild areas.

Theme by Anders Noren — Up ↑